With spring (hopefully) just around the corner, it’s nearly time for volunteers to dust off their cameras and help preserve history. Volunteer Ken Lowes was kind enough to share his tips:

I’ve been using a technique that uses off camera flash to photograph hard to read headstones. Here is a before and after picture of an old monument.

If you want to learn more about this technique, ajmexico has posted an excellent tutorial on YouTube, and I have a couple of additional tips that may be helpful.

Tip #1: Radio Triggers
Ajmexico used a CowboyStudio NPT-04 flash trigger in the video. These are available on Amazon.ca for $27 and will work well. I chose a Yongnuo RF-603 II trigger which costs $40 on Amazon.ca instead of the NPT-04. Here are the differences:

For me, the biggest feature favouring the Yongnuo is that the transmitter and the receiver are identical and both can be used as either a transmitter or a receiver. See the picture of my setup below. 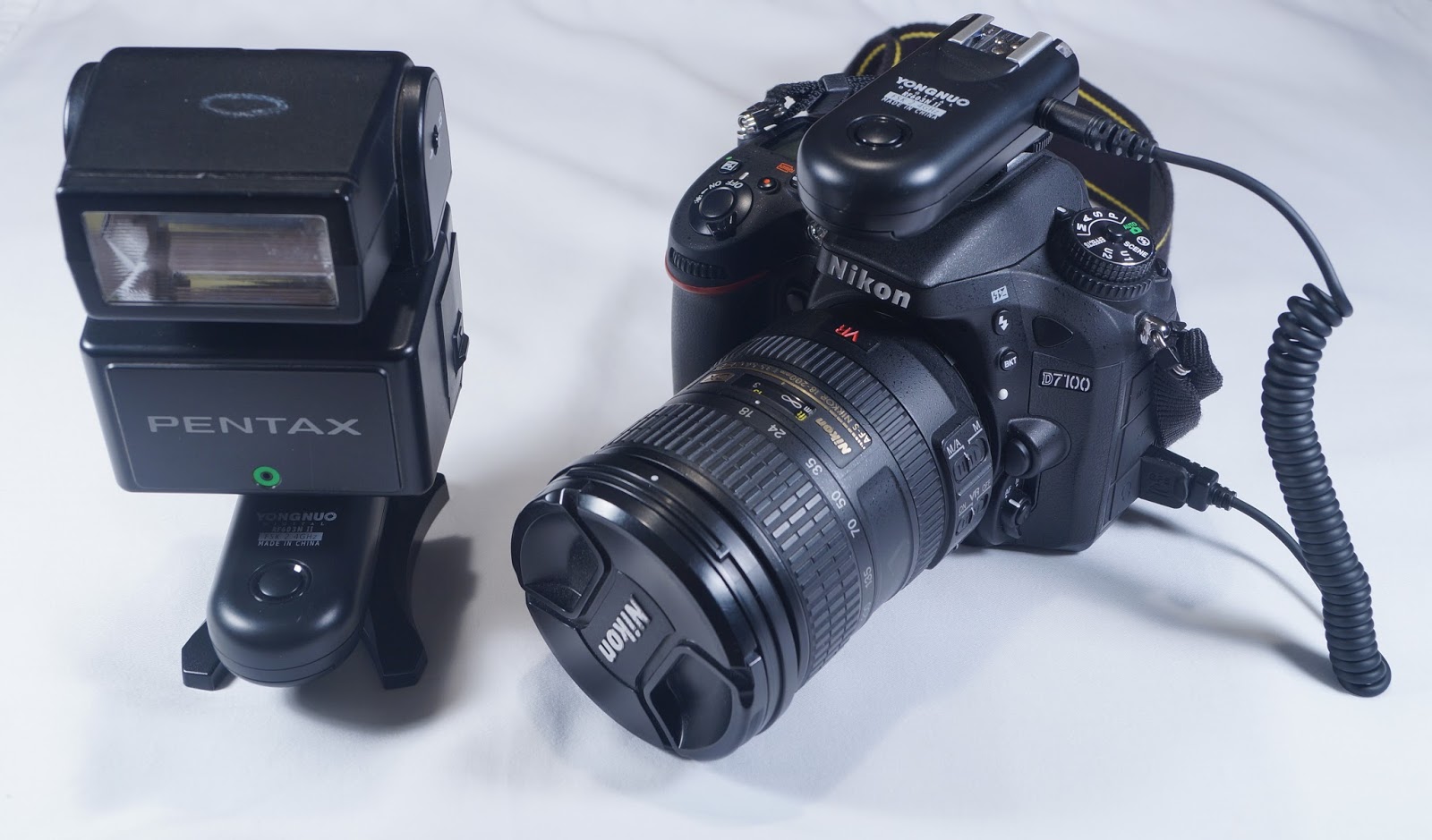 If you decide to buy the Yongnuo, be aware that they have a Nikon version and a Canon version. Be sure to check that your camera model appears on their compatibility list. I bought the Nikon version and I can also use it in both sender/receiver modes with a Pentax camera. I had to buy a Canon C1 cable to connect the Yongnuo receiver to the Pentax remote socket. Apparently the Canon version of the Yongnuo will not work reliably with Pentax.

Tip #2: Older Flashes
If you have an old flash laying around from your film days, it may not be safe to use with these radio triggers. Many old flashes that were designed for film cameras have a trigger voltage of several hundred volts. The Yongnuo and the NPT-04 cannot handle these voltages.

The maximum flash trigger voltage for these units is typically 12v or less (see Strobe Trigger Voltages). If your flash does not appear on this table, or you would like to check your flash yourself, you can do so with a volt meter. Power up the flash and measure the voltage across all the combinations of contacts. BE VERY CAREFUL to not touch the contacts with your hands in case you have one of the high voltage flashes.

If you are thinking of buying a used flash, flashes built for Canon, Nikon, Pentax and Olympus cameras have compatible contacts and should work with the radio triggers as long as the trigger voltage is ok. If you acquire an old Minolta flash, the contacts are non-standard and you will need an FS-1200 adapter.